This is a Test the Waters Campaign

Pursuit Alert is considering a crowdfunding campaign; this page is meant to gather feedback before we formally launch the program and no funds can be accepted at this point. Your input is helpful in crafting the formal investment program.

Click the Indicate Interest button to be contacted when an investment opportunity becomes available. 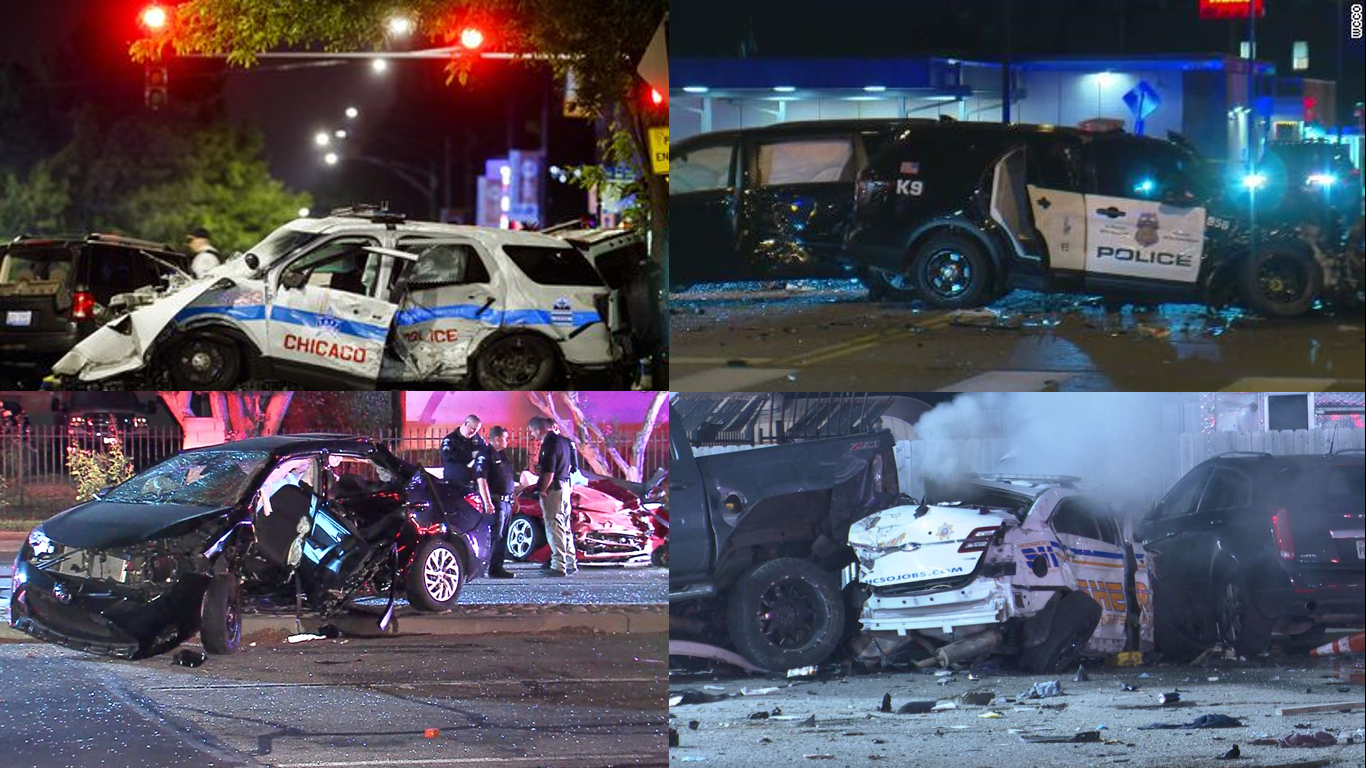 High-Speed Police Pursuits and other First Responder vehicle crashes kill or injure thousands of innocent bystanders annually. The Highway Traffic Safety Administration estimates that there are 27,000 First Responder Crashes each year, as well as over 68,000 High-Speed Pursuits annually.  Warning systems are in place and have been very effective in reducing deaths and injuries from Tornadoes, Floods, Hurricanes, and Lighting, yet more people are killed each year from pursuits than all weather events COMBINED.  We believe Digital Alerting is the 21st Century Siren that will put real-time critical event information in the hands of the motoring public to help keep them and first responders safe

What problem are you trying to solve and for who?

Since the beginning of recorded time, there has been an element of society that has fled those in authority.  That is still true today.  To compound the problem, the highways have never been more crowded, drivers have never been more distracted and car cabins have never been quieter.  People just can't hear sirens, and the fleeing vehicle usually is in front of the sound of the pursuit siren.  The result is thousands of innocent people are killed or seriously injured in high-speed chase crashes.  Additionally, there are an estimated 27,000 crashes annually with responding emergency vehicles or with emergency vehicles on the scene stopped on the roadside.  Our goal is to make all emergency responses safer for the public and first responders by placing real-time critical information in the hands of motorists and civilians when it counts.

A secondary problem we address is the lag time between when a 911 dispatcher receives a call to when an officer arrives on the scene.  Our technology allows a dispatcher to send specific alerts in near real-time to a specific area when they receive a report of an active shooter, a wrong-way driver or drunk driver, a flash flood, a weather event reported by an officer, or any other critical information.  Our goal is to provide the public with life-saving, real-time information, much of which has never before been available to the public.

Why is this problem important/meaningful to you?

The most troubling event of my law enforcement career was the death of an innocent young man killed by a fleeing vehicle in a high-speed police pursuit.  The devastation at the crash scene didn't compare to the family devastation I witnessed at the home.  Life changed forever for the children, wife, parents, and dozens of other relationships.  I felt a heavy sense of responsibility. For several years there was an internal lingering call to do something to address this problem that affects so many innocent people every year.  Pursuits have plagued law enforcement (and the innocent public) since the Gangster days of Bonnie and Clyde to the present day.  I believe real-time critical information in the hands of the public will increase their "situational awareness", prevent collisions and keep everyone safer.  In my tragic case, had he only known a chase was nearby..... It likely would have saved his life.

What competition do you have and why are they not addressing the problem effectively now?

There are other critical messaging technologies and systems available to law enforcement that users have to opt into with some personal information to receive certain alerts on the wireless emergency alert system. These systems have government protocol and usually require 911 operator certification. They are not for moving or dynamic alerts.  A few emerging companies alert for "move over" for stopped emergency vehicles and for Code3. We are the only alerting system to alert for high-speed chases and other critical events.  We are working cooperatively with a competitor in this space whose primary traction is fire, EMS, and highway work crews

How big is the revenue opportunity for the addressable market you serve?

We have three revenue streams: 1-sale of the hardware, 2-recuring monthly revenue to operate the system (Saas), and 3-Annual subscription for Digital911 software. There are 17.895 (FBI Bulletin) State and local law enforcement agencies in the US. This represents an estimate of over 370,000 patrol cars that engage in law enforcement operations.  There are over 5700 911 answering points and several thousand local agencies with their own agency dispatch that is not a 911 answering point Our primary addressable market is law enforcement agencies.  Fire and EMS are verticals that can be expanded into, as well as school buses and locomotives (for RR grade crossings warning) as the technology evolves. Just the law enforcement vehicle market represents an addressable market of over 70MM annually.

What’s your plan to grab a meaningful share of the market?

Government recognizes the problem and is willing to fund a solution.  The Jobs and Infrastructure Act that was signed into law in December of 2021 allocates $1.82 B over five years for HighwaySafety, of which "Digital Alerting to protect first responders" is specified as an allowable expense.  Edward Byrne Memorial Justice Grants (JAG) are annual allotments to state and local agencies based on certain criteria.  The appropriation language identifies "pursuit training and technology" as allowable expenditure.  We plan to ramp up marketing and sales efforts through our law enforcement network and recruit recently retired officers in select areas to market and sale.

What do you or will you do to solve this problem?

We have designed, developed, contract manufactured, deployed, and patented a real-time alerting technology to address numerous pain points in law enforcement, primarily that of high-speed pursuits. Warning systems have been proven to be effective for keeping people safe prior to severe weather events and for recovering abducted children. We are applying the same principle with different technology to do the same for pursuits and other adverse events.

How do you make money?

When will you achieve break-even or have you already?

Breakeven is estimated to be about 2000 vehicles on our platform. We currently have about 900 active vehicles.  We expect to reach breakeven before mid-2023.

How do you intend to provide investors with a return on their investment?

We believe this technology and SaaS model will be very attractive to numerous companies doing business in the Public Safety space as well as automotive software providers, especially as it relates to autonomous vehicle actions/reactions to nearby emergency vehicles.  Our goal is an early exit but will pay dividends to investors as soon as reasonably practical after becoming profitable.

The Mobile Police Department is equipped to alert drivers of a pursuit in progress. With the push of a button, our police officers can use a mobile system to warn drivers within two miles of a pursuit or another possible danger on the roadway. The mobile app is called DigitalSiren by PursuitAlert and it's free to download.

Using the technology, the Mobile Police Department can keep innocent bystanders out of harm's way. When the chase of the fleeing suspect begins, drivers with the app are immediately notified. This allows them to know what's coming before it gets there.

According to research by PursuitAlert, more people are killed each year from high-speed police pursuits than from tornadoes, hurricanes, floods, and lightening combined. Because of that alarming number, the Mobile Police Department invested in technology that would keep the citizens of Mobile safer while driving. 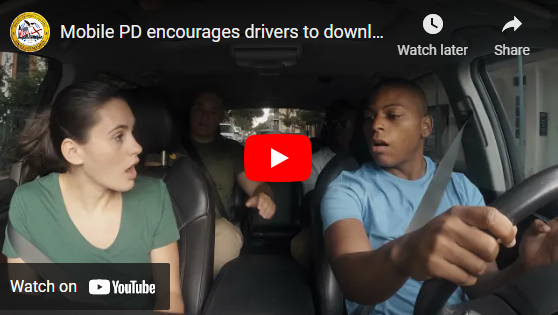 Since our launch at the National Sheriffs Conference in Washington DC in March of 2020 (just prior to Covid), we have deployed in 20 agencies in three states. to validate the market and prove the concept.

Every Agency has renewed the agreement and the churn rate is zero.  Every agency that has requested funding from the governing body has been approved.

Sheriff Sam Cochran, Mobile County Alabama Sheriff: " I think this product will be the next biggest thing for law enforcement since the taser" 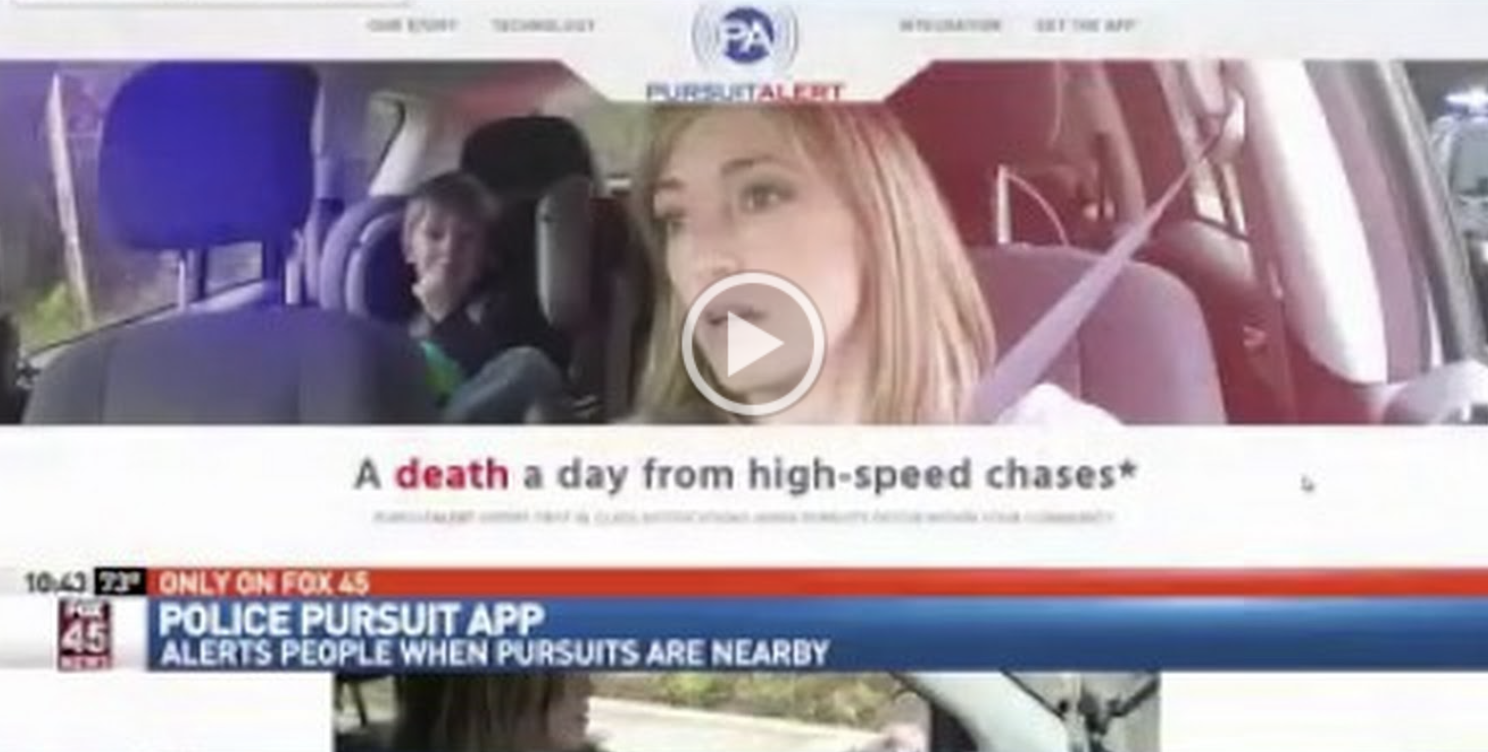 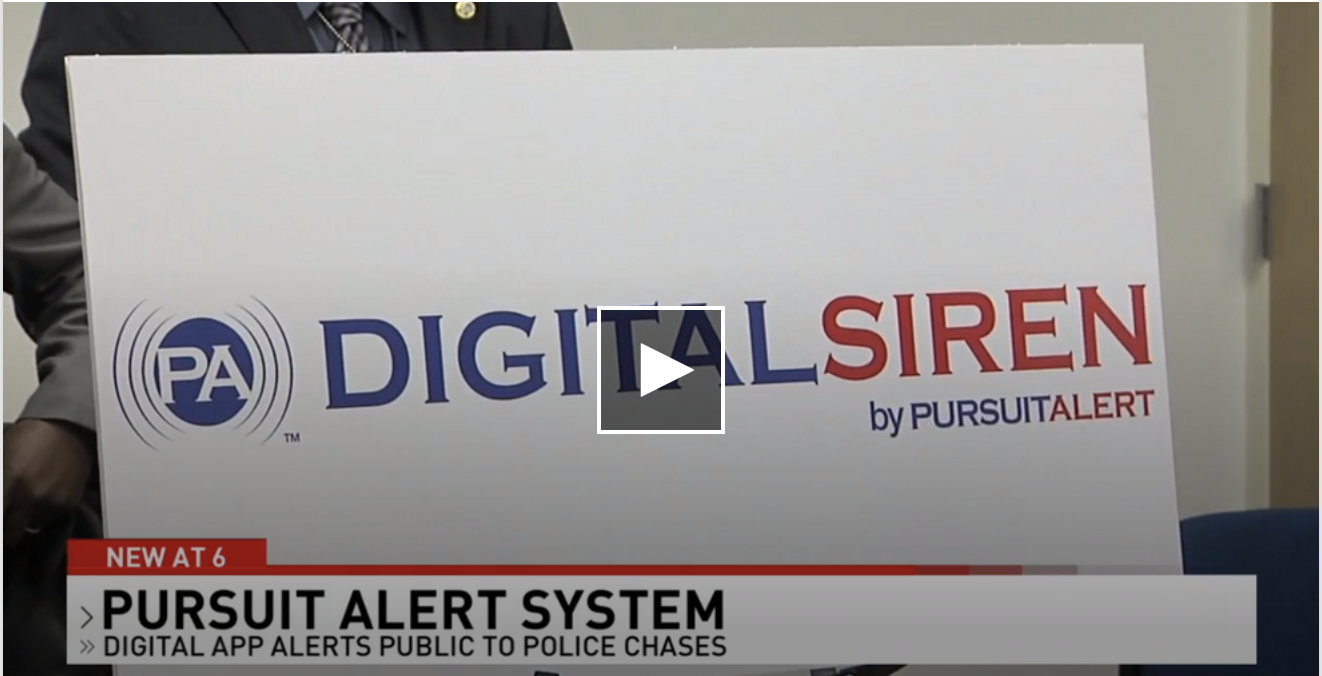 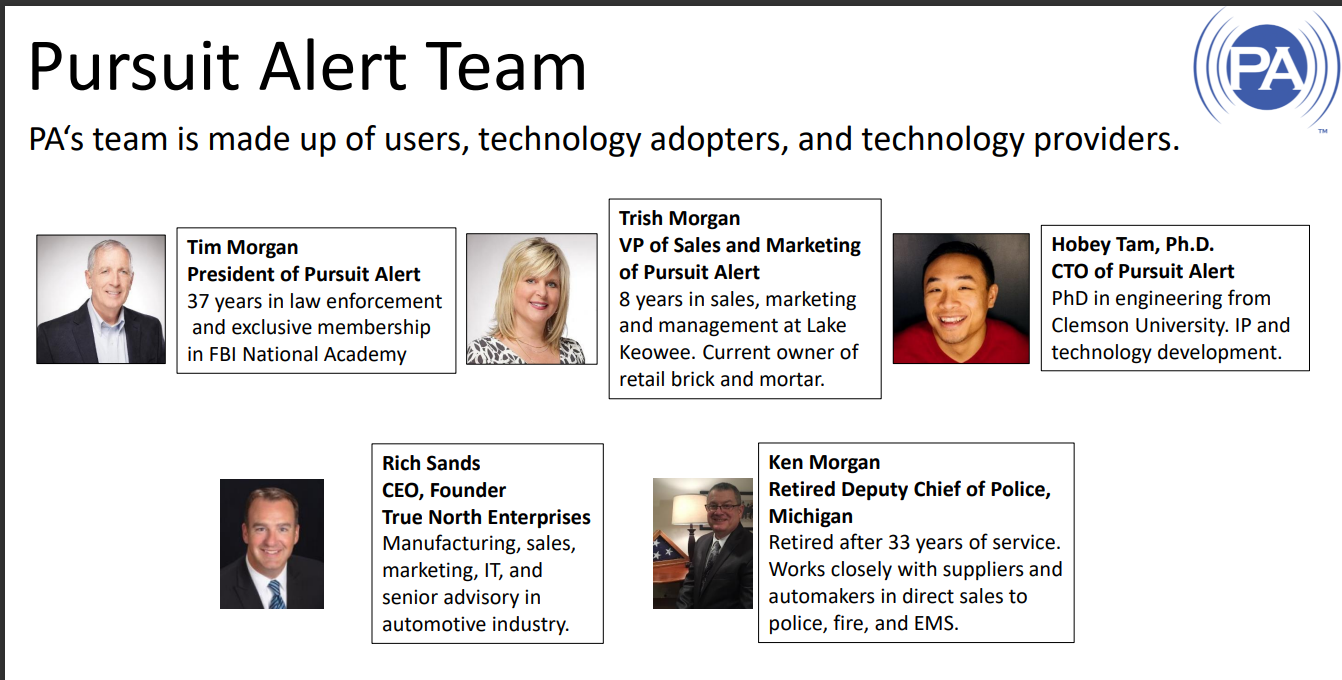 Describe how you have the right team to pull this off and why.

Each team member has expertise in various areas and has proven successful in taking this product from concept to design, development, contract manufacture, patent, and sales.  Dr. Hobey Tam is the lead technology officer, wrote the patent claims, and oversees the technology side of the business.  Other members are career law enforcement that has first-hand knowledge of the problem and understand law enforcement agency operations and budgeting processes.  We currently have paying customers, a churn rate of zero and a working product ready to scale. 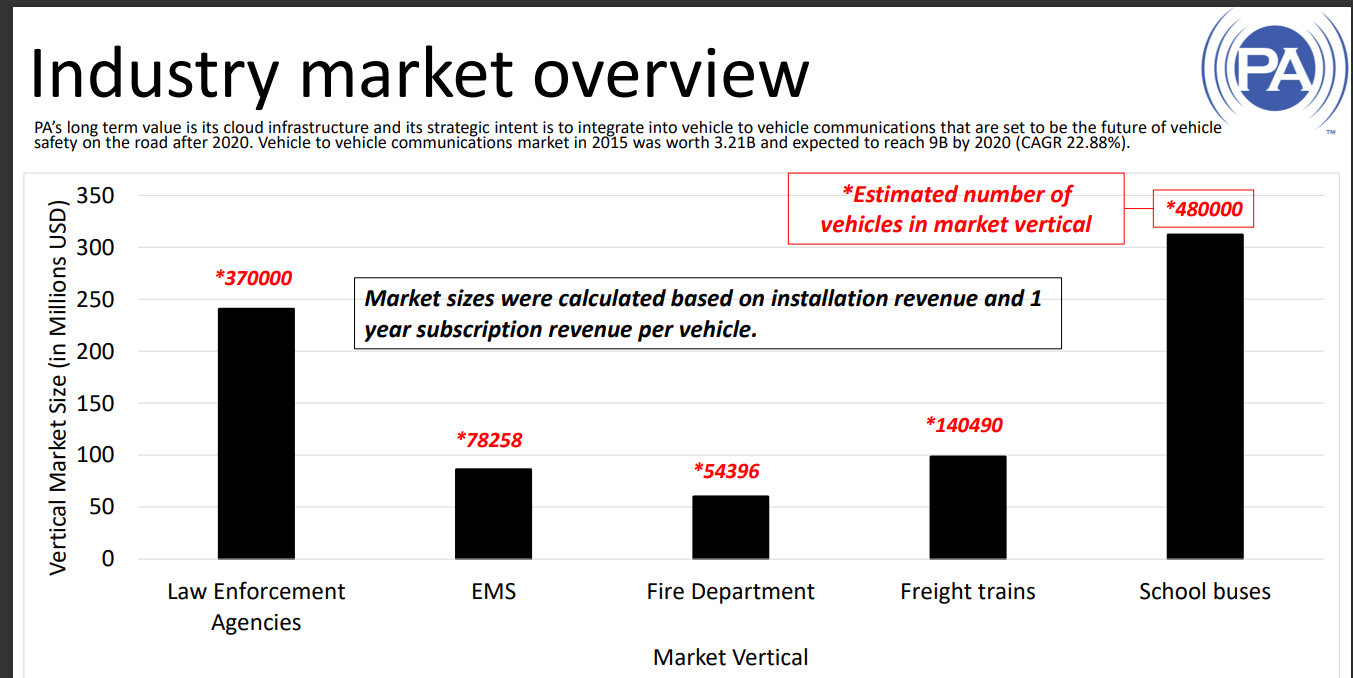 How much was raised previously and from who?

The founders have invested the majority of funds, about $400K, South Carolina Research Authority (SC Launch) has invested $50,000, and other "friends and family" have invested $275,000.

Click the Indicate Interest button to be contacted when an investment opportunity becomes available.

To use the QR code below to open this page in the Silicon Prairie Online Mobile App, first Download theApp! 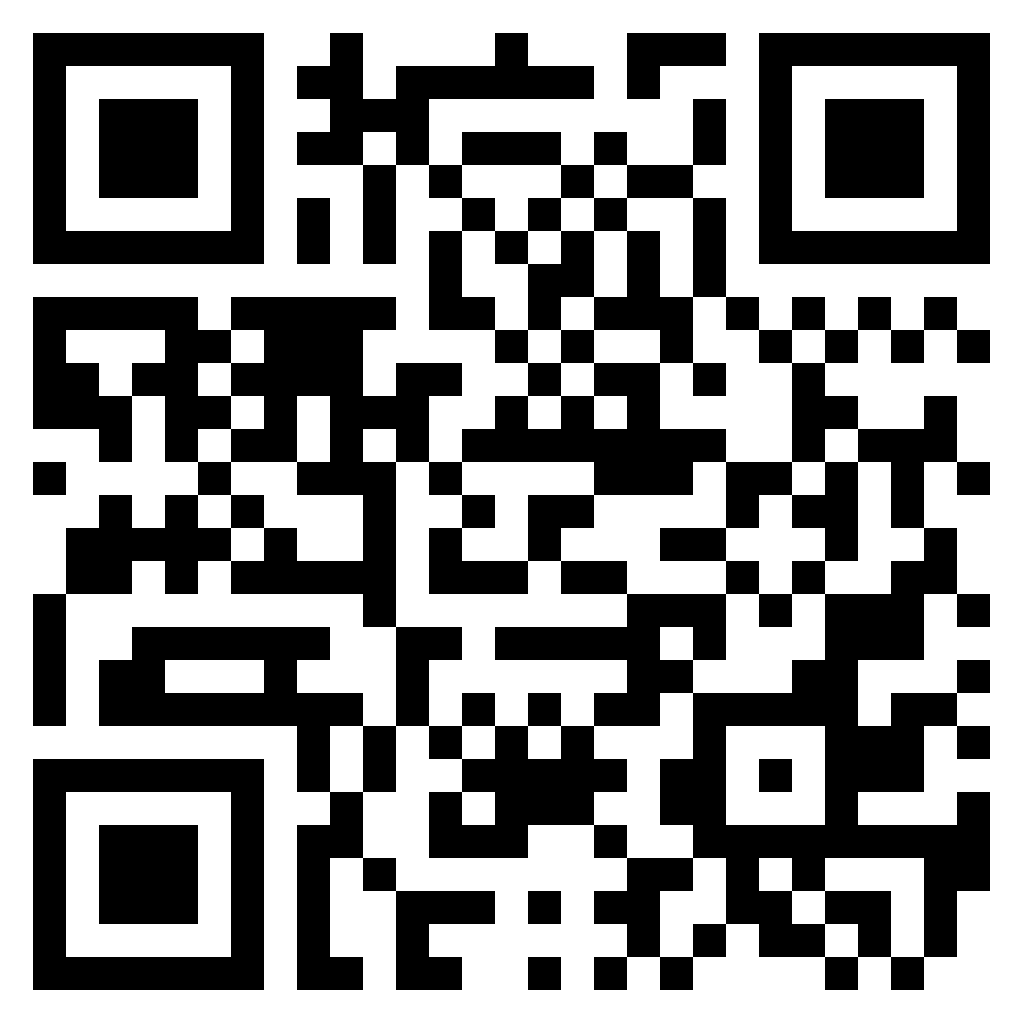