PursuitAlert Digital Siren just partnered with a national law enforcement foundation to raise funds in targeted local communities to provide this technology and annual service to local law enforcement agencies.  Once processes are in place they have an aggressive goal of 50,000 vehicles equipped in 36 months!" We also have a mutual non-disclosure agreement in place with a very large player in the automotive software space. Hopefully, more details can be shared in the coming months. 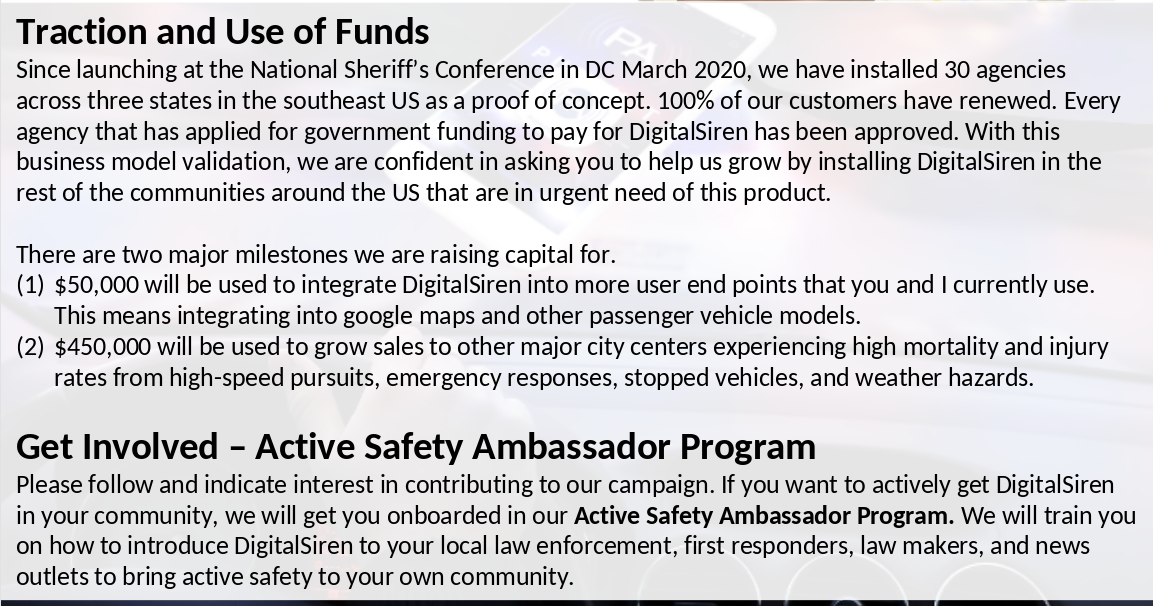 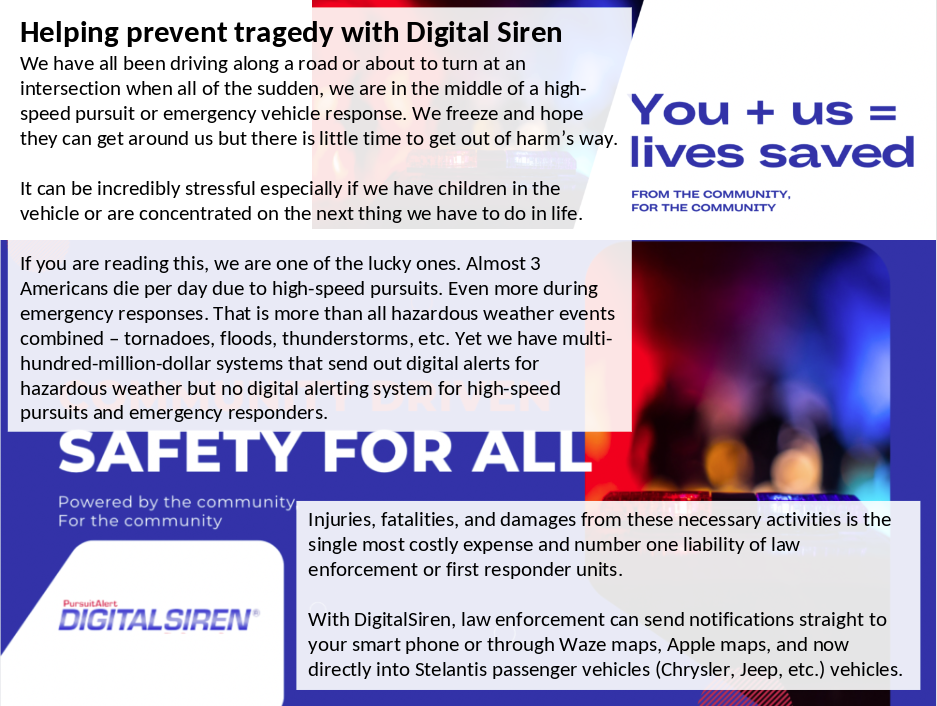 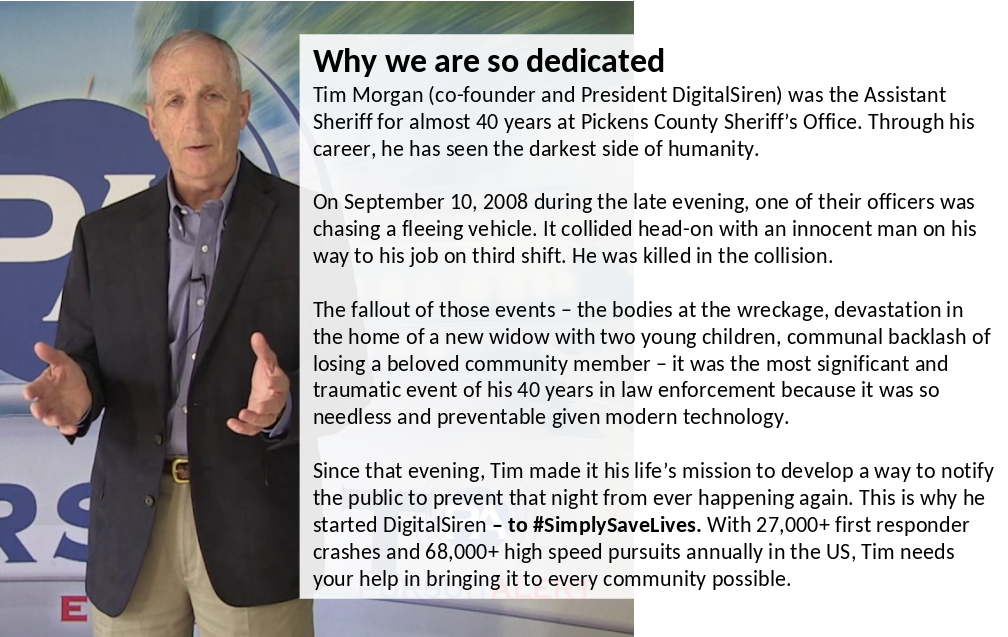 The Mobile Police Department is equipped to alert drivers of a pursuit in progress. With the push of a button, our police officers can use a mobile system to warn drivers within two miles of a pursuit or another possible danger on the roadway. The mobile app is called DigitalSiren by PursuitAlert and it's free to download.

Using the technology, the Mobile Police Department can keep innocent bystanders out of harm's way. When the chase of the fleeing suspect begins, drivers with the app are immediately notified. This allows them to know what's coming before it gets there.

According to research by PursuitAlert, more people are killed each year from high-speed police pursuits than from tornadoes, hurricanes, floods, and lightening combined. Because of that alarming number, the Mobile Police Department invested in technology that would keep the citizens of Mobile safer while driving.

Sheriff Sam Cochran, Mobile County Alabama Sheriff: " I think this product will be the next biggest thing for law enforcement since the taser“